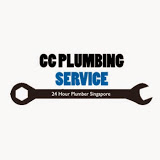 CC Plumbing Services are highly reliable in handling any plumbing issue at affordable rates. Upon on-site diagnosis, the highly recommended plumber will find out the issue and quote right away, having well-prepared equipment, settle the problem and tidy up after they are done.

Contact Disabled by Contractor
Plan My Route
Get Directions
Turn-by-turn navigation
Your browser does not support geolocation
Could not determine your location, check if geolocation is enabled for this site
Start address is missing, please fill start address or use geolocation
Destination address is missing, please fill destination address
No route to this destination, change the travel mode or use another start address
Can't find the address you entered
There was an error during the request. Try again later or contact administrator
Tweet

Must avoid! To do an inspection without doing any repair, it will cost you SGD 50, which i was thinking it is fine. But then after they come and do the check, they will quote you some very unreasonable price. You will end up paying SGD 50 with nothing is done since sure you will not want to pay that kind of price.

I regretted to agree on a $50 inspection fee after contacting them. A young Malaysian guy came and quoted $1000 to fix the concealed pipe water leaking issue. He said it was very difficult to fix and hence the amount quoted. Luckily I did not agree and paid $50 instead without fixing. I managed to find another plumber who fixed the issue at only $250.

Avoid this company at all cost unless u are willing to pay a very high price. Called their company late at night, due to a choke in my MBR floor trap.

The plumber arrived within 30 mins. After assessing the situation he tried to scare me by saying the situation is very tricky and told me that my kitchen toilet is choked as well. (Previously it was not choked. Didnt know what he did to it.)

Quoted me $380 to clear them by using a toilet snake to pump to drain, and if it doesnt work, he will have to use machine to clear them and the cost is $1200! He suggested to go striaght for machine. CRAZY. Most importantly after some conversation with him i realisesd there is no after sale warranty!!

Initially i refused. But was told that the on site assessment and transportation fee is $100 ! It was late and after weighing the urgency and the fee i have to pay him jus to take a look and caused another pipe to choke. I reluctanly agreed for him to try out the pumping method. Praying that it will solve the problem.

He took about 15mins to clear both the pipes. Created a mess and nv clear it up. I have to clear it myself. When i pay him the money no receipt was issused to me as well. Obviously it was a scam! And did i forget to mention his breath was full of alcohol smell.

AVIOD THIS COMPANY AT ALL COST!

When my toilet bowl was flooded with water in the middle of the night, i felt really helpless, tried to do it myself but i made it worst:( So i googled for help and saw CC plumbing, they came over within 30 mins and got it clear! though the price is slightly more expensive than norm, but considering it was late and their fast response and solve the problem almost immediately, i think its worth it. I went to read more about this company after, was curious about their team and came across the bad reviews here, and i thought i needed to be fair to these hardworking worker who sacrifice their sleeping times to fix problem for people!

Horrible Terrible Vegetable
They told me diagnosing cost is $30, after diagnosing they told me diagnosing cost is $110 because nobody can identify the problem only them. And said that something was broken and obviously i know something is broken. Told me i had to replace it or it would start leaking and next day it did started leaking and got another contractor to diagnosed it and they said the previous guy who came broke it and the new contractor charge accordingly to what they said.

Prior to inviting them over, the boss says unclogging will charge from $20 to $200++. Then when they come its a different story!

Confirm cheat money one, quote me 650 for unclogging a outlet pipe using machine. Still got balls to ask how much willing to pay then they decide whether to do it or not. In the end i ask them to go home by paying $50 as transport fee. Ridiculous! Later i check with other plumbing service they charge from 100 to 300. In the end by looking at youtube i use a strong garden hose and manage to unclog the outlet pipe! Please please please dont hire this plumber!

his company is a CHEATER! DO NOT USE THEIR SERVICE!
They would take advantage if the caller was a woman. Their would make the problem seem like a very serious and complicated issue that needed to be fixed.
A pipe that was leaking and they would scare you that the mixer was broken and then slowly one by one, there would be more and more broken parts when time went by. All because they thought you have no idea how “complicated” a plumber job would be.
Happened to my relative that her husband was not home, a pipe that was leaking ended up with a 450 dollars bill which they claimed to have given discount already.
DO NOT USE THEIR SERVICE!